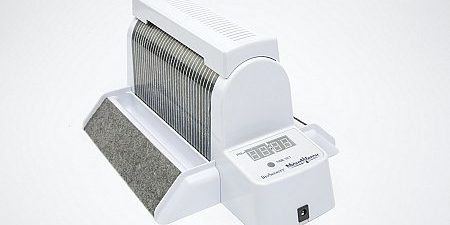 Because of their elusively and size, bed bugs can be very difficult to detect. Often residing in seams, electrical outlets, even the baseboards on the walls, they can bypass even the most experienced bed bug exterminator. If the bed bug infestation is new and there are not many present yet, it can be even more difficult to identify them. So before calling professional help, people often choose to confirm the presence of bed bugs to have confirmation that this is the pest they are dealing with. And oftentimes, if the infestation is new, bed bug exterminators will recommend a detection trap to affirm an infestation.

What does a bed bug detection trap do?
Detection traps are often used in unoccupied rooms to confirm the presence of bed bugs. These devices often feature a system that lures the bed bug into the trap. This system imitates a person sleeping, releasing carbon dioxide and pheromones, drawing the bed bugs out of the hiding places and trapping them into a specific location within the device that the user can check periodically.

There are two types of detection tools, active and passive.

Active Detection
Bed bug active monitors mocks a live host by using heat, carbon dioxide, and pheromones, which are several components that draw bed bugs out of hiding. An example of an active detection trap is NightWatch. Because bed bugs only feed every five to ten days when a host is available, ideally, it should be ran for 14 days from 10PM – 6AM so it has an adequate amount of time to pull the bed bug out of hiding.

Passive Detection
Passive monitoring, unlike active, contains no “lure” factor. Meaning, it does not attract the bed bug to the trap like the active one. Think of it being “passive aggressive” when it comes to bed bugs, while the other one is “actively aggressive”. Passive detection traps, such as ClimbUp Interceptors, trap bed bugs that physical cross them for defensive or monitoring purposes. Often, they are placed under a leg of a bed because they are attracted to the person sleeping in that bed. This would be an insistence of using external bait to lure the bed bug into the trap.

Which bed bug monitor should I invest in?
The answer to this question is dependent on the location for which the detection tool will be located. If there are no external baits, such as a sleeping person, then it is recommended that you use an active detection tool, such as NightWatch. This would be placed in your home such as living or family room, kitchen, or any vacant room. This would be ideal if you were testing to see if there are any bed bugs in a vacant home that you are about to move into or a hotel room!

Passive detectors would be ideal in a room where there is “external bait” such as a host that will naturally lure the bed bug out of hiding. Examples would be bedrooms with a permanent resident. Passive monitors involve less maintenance and are a less expensive option.

If you feel as though you are living with bed bugs call ECO Bed Bug Exterminators Baltimore for a inspection (410) 929-3420.

View all posts by ecobedbugmd